Galatians 2: Not I But Christ 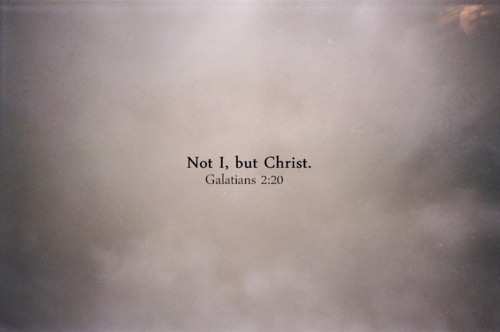 I have been crucified with Christ and I no longer live, but Christ lives in me. The life I now live in the body, I live by faith in the Son of God, who loved me and gave himself for me. I do not set aside the grace of God, for if righteousness could be gained through the law, Christ died for nothing!” Galatians 2:20, 21

Chapter 2.  Standing for the Gospel

Apostolic Acceptance; 2:1-10.  Paul reports a brief visit to Jerusalem some fourteen years after his conversion.  He was directed by God to make the trip and “set before them the gospel that I preach among the Gentiles“.  Even then the law issue was raised by some “false brothers” who “infiltrated our ranks to spy on the freedom we have in Christ Jesus.”  But there was no retreat from grace.

1 Then after fourteen years, I went up again to Jerusalem, this time with Barnabas. I took Titus along also. 2 I went in response to a revelation and, meeting privately with those esteemed as leaders, I presented to them the gospel that I preach among the Gentiles. I wanted to be sure I was not running and had not been running my race in vain. 3 Yet not even Titus, who was with me, was compelled to be circumcised, even though he was a Greek.

In fact, the Jewish apostles and elders added nothing to Paul’s gospel.  Instead they affirmed Paul as apostle to the Gentiles.  Thus “James, Peter and John, those reputed to be pillars” recognized the grace given Paul and “gave me and Barnabas the right hand of fellowship”.  They only asked that the Gentile churches remember to make contributions for the poor.

Thus the charge laid by the Judaizers that Paul was out preaching “on his own” was doubly deceptive.  Paul did have the recognition of the leaders in Jerusalem as an apostle.  And by their charge, the Judaizers implied that they represented the Jerusalem church when actually they were acting without any such authorization (cf. Acts 15:24)!

4 This matter arose because some false believers had infiltrated our ranks to spy on the freedom we have in Christ Jesus and to make us slaves. 5 We did not give in to them for a moment, so that the truth of the gospel might be preserved for you.

6 As for those who were held in high esteem—whatever they were makes no difference to me; God does not show favoritism—they added nothing to my message. 7 On the contrary, they recognized that I had been entrusted with the task of preaching the gospel to the uncircumcised, just as Peter had been to the circumcised. 8 For God, who was at work in Peter as an apostle to the circumcised, was also at work in me as an apostle to the Gentiles. 9 James, Cephas and John, those esteemed as pillars, gave me and Barnabas the right hand of fellowship when they recognized the grace given to me. They agreed that we should go to the Gentiles, and they to the circumcised. 10 All they asked was that we should continue to remember the poor, the very thing I had been eager to do all along.

Paul Confronts Peter; 2:11-21.  Paul shares another instance when the issue of mixing law and grace emerged.  Peter was visiting Antioch, the first Gentile church (cf. Acts 11:10-30).  There Peter at first mingled with the Gentile brothers, which was in harmony with what God had taught hi earlier (cf. Acts 10, 11).  However, when some of those Christian Jews appeared, who insisted that believers must observe the Mosaic law, Peter began to “draw back and separate himself from the Gentiles.”  The other Jewish Christians in Antioch “joined him in this hypocrisy” (11-13).

To Paul these believers were clearly “not acting in line with the truth of the gospel.”  Immediately Paul confronted Peter.  He argued that “we who are Jews by birth know a man is not justified by observing the law, by faith in Jesus Christ (15, 16:  note that “justified” means to be declared righteous by God).

The fact that Christians do fail and are sinners does not mean that law ought to be reestablished.  Paul’s comment that “through law I died to the law” is explained in Romans 7:1-4.  But Paul’s basic argument is that through the gospel God has provided a new dynamic which infuses the life of the Christian and has nothing at all to do with law.  “Christ lives in me,” Paul says.  To return to law would mean setting aside the grace of God, the only hope mankind has to achieve righteousness.  Paul now moves on to develop this point in the next chapters of Galatians.

11 When Cephas came to Antioch, I opposed him to his face, because he stood condemned. 12 For before certain men came from James, he used to eat with the Gentiles. But when they arrived, he began to draw back and separate himself from the Gentiles because he was afraid of those who belonged to the circumcision group. 13 The other Jews joined him in his hypocrisy, so that by their hypocrisy even Barnabas was led astray.

14 When I saw that they were not acting in line with the truth of the gospel, I said to Cephas in front of them all, “You are a Jew, yet you live like a Gentile and not like a Jew. How is it, then, that you force Gentiles to follow Jewish customs?

17 “But if, in seeking to be justified in Christ, we Jews find ourselves also among the sinners, doesn’t that mean that Christ promotes sin? Absolutely not! 18 If I rebuild what I destroyed, then I really would be a lawbreaker.

19 “For through the law I died to the law so that I might live for God. 20 I have been crucified with Christ and I no longer live, but Christ lives in me. The life I now live in the body, I live by faith in the Son of God, who loved me and gave himself for me. 21 I do not set aside the grace of God, for if righteousness could be gained through the law, Christ died for nothing!”